The Coalition for Reform and Democracy (CORD) also brings on board Narc led by Charity Ngilu, who is Mr Musyoka’s rival, UDM among other parties.

The signing ceremony was a culmination of lengthy negotiations just a day ahead of the deadline for lodging of coalition agreements with the Registrar of Political Parties seems to set the stage for a bruising two-horse race between the Odinga-Musyoka pairing and the Uhuru-Ruto come the election next March.

The VP, who has in the past week publicly rejected any attempts by his allies to team up with Mr Odinga, eventually gave in on Sunday night, following talks with the ODM leader.

He met the PM, who had flown back from the Tononoka rally in Mombasa, at the Jomo Kenyatta International Airport’s VIP Lounge, where they discussed a coalition document their respective negotiators put together. 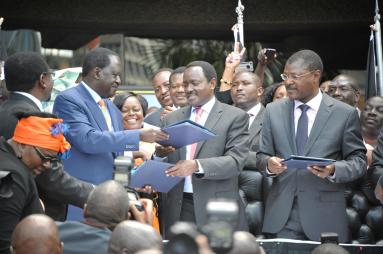 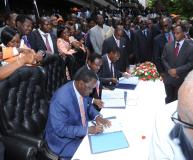 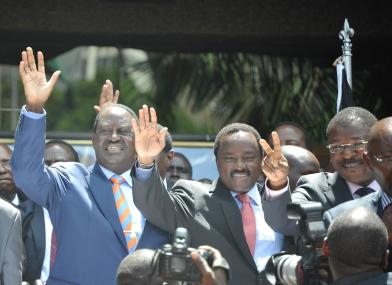 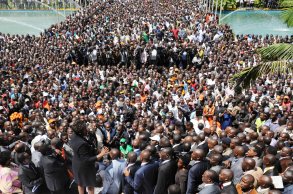 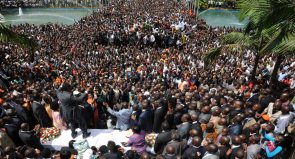 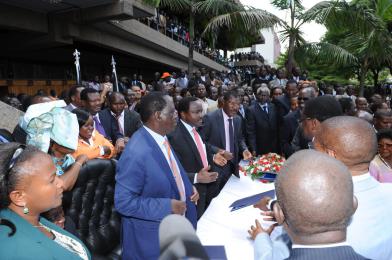 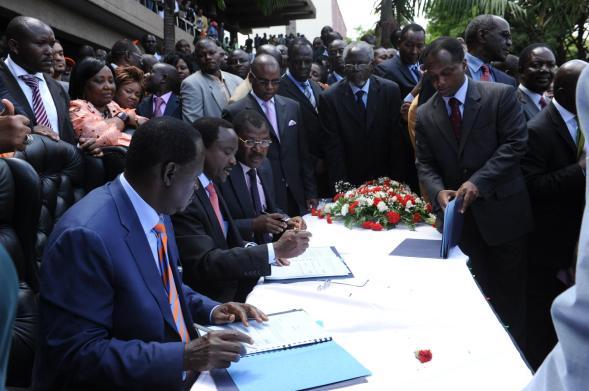