The absolute painful tragedy of the gruesome murder of  Mr. Tob Cohen has some big ironies we need to learn from. 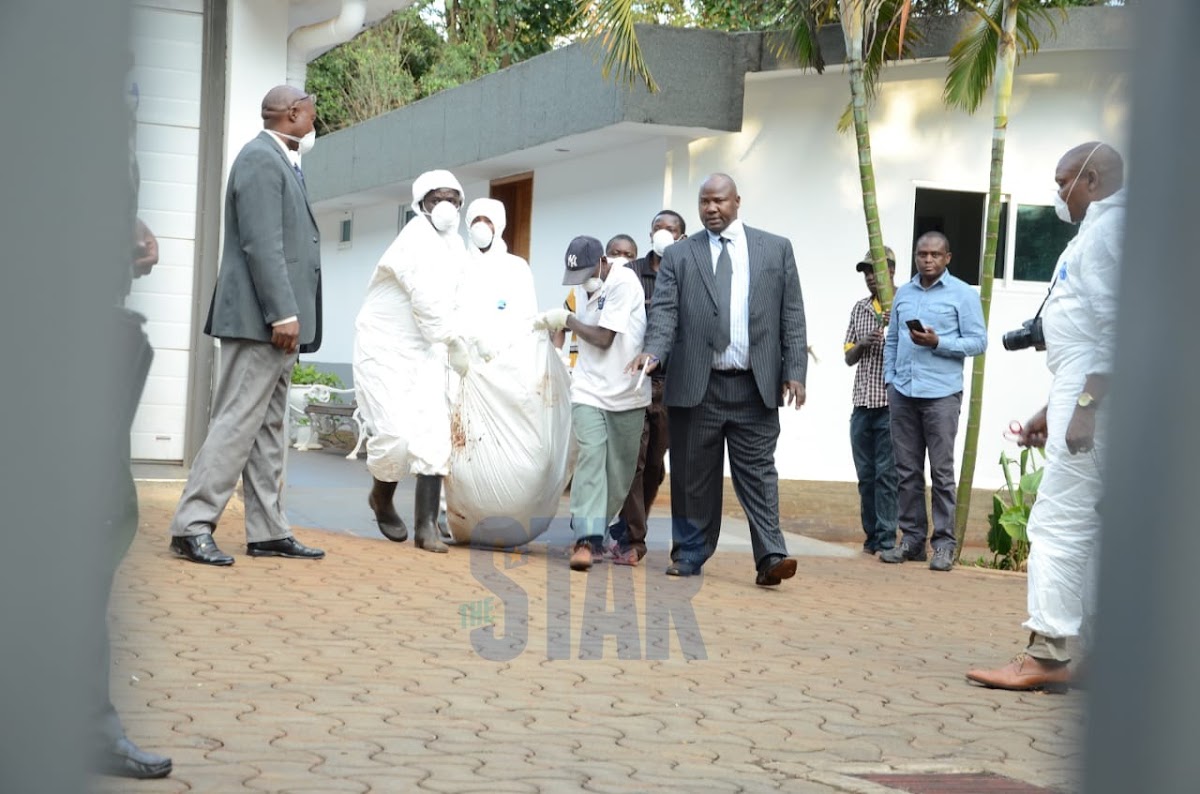 They get married and move into this huge mansion with giant walls and gates and all the security money can buy but the person who ends up killing Mr. Cohen is the one helping him to fix the walls.

His killer is in the house with him. This time his wife. Nothing can protect you from that. Many times it has been the husband or male lover doing the killing. So let’s not kid ourselves. This is serious crime and regardless of gender, the perpetrators must be severely punished.

But this is really a sad moment for everyone.

It reminds you of may be some people living large in these big houses with immense wealth but may be they have cancer or some other stuff which is going to kill them right in there in those big houses.

Life is complicated business. But we still prefer to live  it. It is beautiful.

But this Wairimu killer is worse than cancer. Killing you is not enough for her. You will be cut in pieces and deposited in an underground septic tank which is then cemented afresh on top. Looks like a perfect plan.

It looks like the Dutch investigators helped the incompetent Kenyan cops to comb the place and find the body. Kinoti and his chaps at DCI were busy detaining Wairimu for 14 days asking her to tell them where his husband was.

Good luck with that.

You think she is going to tell you she buried him in a septic tank? Of course not. This is big money and big houses on the line here.

You can detain her for a year and you are getting nothing as far as where Mr. Tob Cohen’s or his body is at.

Somehow some people brought serious investigators. And may be someone saw the fresh cement on the septic tank and it looked suspicious. They dig it and bingo the dead guy is in the shit tank in bits and pieces.

Before that my friend Murgor an excellent comes in ready to get Wairimu out of detention and almost succeeds. I have had a strange relationship with Murgor.

We first met at Industrial Area Remand Prison after the 1982 coup attempt. Phillip Murgor was one of the 67 students arrested and kept at INDA.

One day we had a fight because that is the day Rateng’ Oginga Ogego was sentenced to jail for having been involved in the coup. Rateng’ told the court he was as guilty as hell on those charges and the only regret he had was that the coup failed.

Rateng’ promised the court that next time it will not fail. Rateng’ frightened the daylights out of the judge and Prosecutor Benard Chunga.

He was sentenced to five years in jail. Because of his statement the government appealed the case and Rateng’ was added five more years. He served all of it at Kamiti.

In his statement Rateng’ mentioned me as having been one of the students working with him and others. So Murgor comes to me after reading the statement from Rateng’ and says OK adongo, now we know why we are here. It is because of people like you and your friend Rateng’.

Of course Murgor was the son of PC in Rift Valley at the time and just got caught up. I told him to get lost quickly and keep worrying because we were plotting another coup to be announced later.

So me and Murgor we became enemies even though we were in the same prison until we were all released in 1983. And I went to him after we were released and told him that now I was going back to work.

Since then Murgor has made great strides in his profession but he can smell money a million miles away.

He smelled this but he probably didn’t expect the smell to turn into that of a rotten dead Cohen from a tank in his own house. Now it is a stench for both Wairimu and those who expected big money from her.

What goes around comes around. Indeed.

6 comments on “You Have Such Big Walls And Fence But The killer Lives Inside With You.”